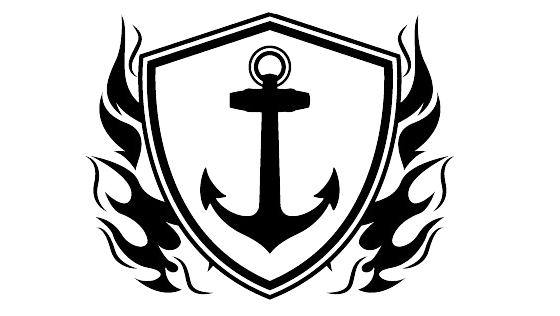 Are you feeling beat up by the devil? Maybe the holy flame of pure love for Jesus is burning low while the fires of wicked desires seem to be overtaking you.

Maybe you are burning with an unquenchable love for Jesus! Your every breath, heartbeat and thought are a fragrance of worship to the King of Glory!

Whichever of these two descriptions apply or any other combination of words I have failed to provide, if you are reading this, KNOW THIS:

Your heart after Jesus is refreshing to me! I invite those of you who are on fire and just cannot be touched by darkness, to join us as we explore our Smashing Victory in Jesus.

The intensity of the battle is a reflection of the great threat you pose to the forces of darkness.

Never let anybody tell you differently; be they flesh and blood or otherwise.

Any impure thoughts, no matter how familiar they are, are not your thoughts. They are the thoughts of demonic spirits mimicking the sinful nature which was present and ruled over you before your conversion to Christ!

THE MOMENT YOU CONFESSED JESUS AS LORD, YOU BECAME A NEW CREATION! NOT JUST IN THEORY, BELOVED…

You, Christian who is reading this, are now…A BRAND NEW CREATION. OLD THINGS HAVE PASSED AWAY! His Blood MAKES ALL THINGS NEW! The ONLY power the devil has left, is the ability to lie.

THE BATTLE FROM THAT MOMENT FORWARD IS PURELY SPIRITUAL:

And this is what Jesus did for us to ensure that we would ONLY WALK in TOTAL VICTORY:

“Don’t let anyone capture you with empty philosophies and high-sounding nonsense that come from human thinking and from the spiritual powers of this world, rather than from Christ. For in Christ lives all the fullness of God in a human body. So you also are complete through your union with Christ, who is the head over every ruler and authority.

When you came to Christ, you were “circumcised,” but not by a physical procedure. Christ performed a spiritual circumcision—the cutting away of your sinful nature. For you were buried with Christ when you were baptized. And with him you were raised to new life because you trusted the mighty power of God, who raised Christ from the dead.

You were dead because of your sins and because your sinful nature was not yet cut away. Then God made you alive with Christ, for he forgave all our sins. He canceled the record of the charges against us and took it away by nailing it to the cross. In this way, he disarmed the spiritual rulers and authorities. He shamed them publicly by his victory over them on the cross.”

The teaching that we must wrestle with our old sinful nature as long as we are on the planet, is not biblical truth! It’s been cut away! Done away with! Buried with Christ and left there while we were resurrected with Him in the newness of His Life!

SO FEW BELIEVERS WALK IN THE TOTAL VICTORY OF THE FINISHED WORK OF THE CROSS FOR A FEW SIMPLE REASONS:

1) The religious spirit has twisted the teaching of the Word of God to reduce the betrayal, torture, execution and resurrection of Jesus Christ…to LESS THAN ENOUGH FOR THE TOTAL VICTORY OF THE BLOOD BOUGHT BELIEVER OVER SIN, DEATH, and EVERY power of darkness! Not just when we get to Heaven, brothers and sisters..RIGHT NOW!!

“Your Kingdom come, Your will be done…on earth as it is in HEAVEN.”

Where is the Kingdom of Heaven? RIGHT HERE! RIGHT NOW!

The Kingdom of God is present in EVERY Blood Bought believer in Jesus Christ! The devil knows this and he fights like crazy to keep this truth from being realized in and through the people of God!

Think about this for a moment…

What is Heaven like? Is there sin in Heaven? Is there ANY darkness in Heaven? Sickness? Lack? Fear? Defeat? Failure?

So what about the martyrs, Rick?!?

Study the martyrs. How is it that some of these beloved brothers and sisters were able to worship in perfect unison and harmony even as they were burned alive in Nero’s gardens?

They never felt any pain. Their hearts were so anchored in the Eternal reality of the Kingdom of our God that this passing world no longer had any hold on them. Physical pain was not able to entangle and master their soaring spirits. They were already seated with Jesus in Heavenly places! So are we…

“Once you were dead because of your disobedience and your many sins. You used to live in sin, just like the rest of the world, obeying the devil—the commander of the powers in the unseen world. He is the spirit at work in the hearts of those who refuse to obey God. All of us used to live that way, following the passionate desires and inclinations of our sinful nature. By our very nature we were subject to God’s anger, just like everyone else.

But God is so rich in mercy, and he loved us so much, that even though we were dead because of our sins, he gave us life when he raised Christ from the dead. (It is only by God’s grace that you have been saved!) For he raised us from the dead along with Christ and seated us with him in the heavenly realms because we are united with Christ Jesus. So God can point to us in all future ages as examples of the incredible wealth of his grace and kindness toward us, as shown in all he has done for us who are united with Christ Jesus.

God saved you by his grace when you believed. And you can’t take credit for this; it is a gift from God. Salvation is not a reward for the good things we have done, so none of us can boast about it. For we are God’s masterpiece. He has created us anew in Christ Jesus, so we can do the good things he planned for us long ago.”

2) We must live a consecrated life according to the mighty power which works in us! Some, deceived by the religious spirit, have turned this idea of consecration into a license for legalism; dress this way not that way, don’t watch this, don’t listen to this or that…

While we must implement the wisdom of God’s thoughts toward our daily lives, we are MOST EFFECTIVE when we are led by His Spirit in a moment by moment, breath by breath friendship! We will not want to hear, see, or do the things which are grievous to His sweet Spirit. The consecration which Heaven marks us with, is so comprehensive that our former wicked desires and thought patterns are exchanged for the pure desires and living imaginations of our God!

“For, ‘Who can know the LORD’s thoughts? Who knows enough to teach him?’ But we understand these things, for we have the mind of Christ.”

Whatever we behold, we become. There is none more stunningly beautiful than Jesus. As we develop a lifestyle of One thing, being devoted to and focused on One, the rest of our lives fall into a divine order. Family, friends, ministry, career…all come into a heavenly alignment with the will and purpose of the Father!

“Seek ye FIRST the Kingdom of God and its righteousness, and ALL these things SHALL be added unto you.”

The lifestyle of sold out devotion to Jesus will cost us. Some comforts. Our rights. Perhaps some friends; don’t worry, God will give you new ones. The truth is, He must be first.  Before family, before romantic interests, before your next breath. He invites us to partner with Him in the most perfect intimacy in the universe. He invites us to make Him the Lord of our EVERYTHING.

Understand now that some will falsely accuse, misunderstand, malign and reject you. Rejoice when this happens! The life which burns with apostolic righteousness and power is intimidating to those who have not yet chosen the total Lordship of Jesus. Guard your heart against offense! This is the snare of the enemy, designed to distract you from a life of wholehearted devotion and to fix your gaze instead on passing things. Don’t fall for it.

Lose yourself in Jesus and relinquish the right to find your way out.

Many miss this reality in God because they insist on holding on to their earthly rights, comforts, relationships and it costs them…Everything. When things don’t go as they planned, or as someone told them things would go, they become offended with God and relegate Him to a position of “less than enough.” Trying to enforce the victory of Jesus when one has not yet personally experienced that victory, is disastrous, to say the least! Faith is undermined, the authority of the King is brought into question, the veracity of the Living Word is questioned. The finished work of the Cross is discarded.

Our churches are filled, from pulpit to shadowy back row, with the spiritual descendants of Sceva! Multitudes of people who proudly call themselves Christians with every evidence to the contrary on neon display. Powerless Christians bound by religion cannot win the lost! Cannot effectively express the Goodness and Love of the One Who wraps Himself in Light! Cannot enforce the dominion of Hope, Mercy, Peace and Joy! The world knows this, why don’t we!?! Doctrines which justify carnal lives of lukewarm churchianity have become the acceptable theologies of western society. The demonic oppressions, bondage to sin and utter lack of apostolic authority have not only been accepted as the normal Christian life, they been TAUGHT FROM ONE GENERATION TO THE NEXT!

For those of you unfamiliar with the story of the Seven sons of Sceva, here it is:

“A group of Jews was traveling from town to town casting out evil spirits. They tried to use the name of the Lord Jesus in their incantation, saying, “I command you in the name of Jesus, whom Paul preaches, to come out!” Seven sons of Sceva, a leading priest, were doing this. But one time when they tried it, the evil spirit replied, “I know Jesus, and I know Paul, but who are you?” Then the man with the evil spirit leaped on them, overpowered them, and attacked them with such violence that they fled from the house, naked and battered.”

This runaway train called “The heartbreak of defeat and the defamation of the Name which is above all Names” is but moments away from meeting the immoveable Rock wall of God’s Perfect Justice.

The hour of divine restoration is upon us! Heaven’s call to repentance from dead religious works may be ignored no longer. Those who reject the King’s call to intimacy, to righteousness, to Kingdom authority, will find themselves under increasing pressure to bow before Heaven’s proclamation. Should these continue in rebellion against the decree of the Royal Court to abandon reliance on the arm of the flesh and the fleeting power of human reasoning, they will come under judgment.

If you have been positioned in any kind of leadership role in the Kingdom, you have already been empowered to hear and understand this message.

Leadership roles in the Kingdom of Heaven are such as these: